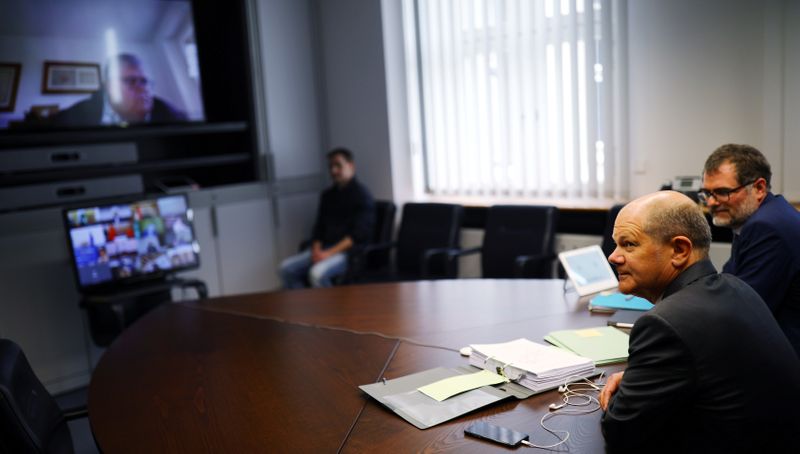 DUBAI/RIYADH/WASHINGTON (Reuters) - Finance officials from the Group of 20 major economies agreed on Wednesday to suspend debt service payments for the world's poorest countries from May 1 until the end of the year, as a group of private creditors also backed offering debt relief.

The moves to freeze both principal repayments and interest payments will free up more than $20 billion for the countries to spend on their health systems and help tackle the coronavirus pandemic, Saudi Finance Minister Mohammed al-Jadaan said.

Saudi Arabia is hosting the G20 meetings this year.

The debt standstill affects the world's poorest and least-developed countries, as defined by the World Bank and the United Nations, as long as they are current in their debt service payments to the World Bank and International Monetary Fund.

The initiative is part of efforts to bolster the global economy amid the coronavirus outbreak, which is pushing the world into the deepest recession since the Great Depression of the 1930s.

German Finance Minister Olaf Scholz called the move "an act of international solidarity with a historical dimension," adding it would let the countries invest in healthcare "immediately and without time-consuming case-by-case examination".

A source familiar with the agreement said it would cover $12-$14 billion in bilateral debt service payments.

The G20 also called on private creditors to participate in the initiative on comparable terms.

The Institute of International Finance, which represents 450 banks, hedge funds and other global financial firms, said it would recommend that private sector creditors voluntarily grant similar debt relief to the poorest countries, if they requested it.

A French finance ministry official on Tuesday said private creditors had agreed voluntarily to roll over or refinance $8 billion of the debt of the poorest countries, on top of $12 billion in debt payments to be suspended by countries.

"This is a powerful, fast-acting initiative that will do much to safeguard the lives and livelihoods of millions of the most vulnerable people," they said in a joint statement.

The debt suspension will last until the end of the year but creditors will consider a possible extension during 2020, the G20 said.

Eric LeCompte, executive director at the not-for-profit Jubilee USA Network, estimated the agreement could result in $25 billion of relief for the poorest countries. But he said there were questions about what would happen to the interest on suspended payments, as well as the potential debt relief needs of other developing and middle income countries.

Georgieva, in a statement to the G20 leaders, also said the IMF was "urgently" seeking some $18 billion in new resources for the Fund's Poverty Reduction and Growth Trust for poor countries and was exploring how the use of special drawing rights could aid this effort.